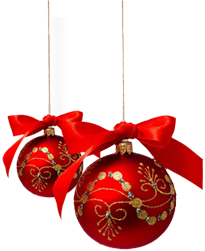 Costa Mesa is known as the crown jewel for arts and culture in Orange County and for unparalleled shopping from high-end designers to local boutiques. But, there is so much more to this dynamic city, from its walkability, to its outdoor art and sculpture gardens to some of the best restaurants and dining experiences in Southern California. Following are some notable awards and recognition received by the city and its various businesses, and the reason millions of locals and visitors spend time in Costa Mesa each year.

One of the most walkable cities in Orange County according to walkscore.com.

New York Times says California Scenario is one of "7 Sculpture Gardens that merge art and landscape".

Kaboom! donned Costa Mesa with its Playful City USA designation for three years for bringing balanced and active play into the daily lives of those in the community.

The Bark Park was recognized as one of the Best Dog Parks in Orange County.

Angels Playground has been rated one of the best inclusive/accessible playgrounds in Orange County.

The OC Fair, located in Costa Mesa, is the 8th largest county fair in the U.S. with more than 1.4 million visitors during the five-week annual event. The OC Fair is the second largest fair in California (only San Diego County Fair is large at just over 1.5 million guests).

4-Diamond Hotel for seven consecutive years and in 2018 was named Marriott International Hotel of the Year.

Costa Mesa has received and continues to be recognized as one of the top citites for dining in LA and Orange County. A sample of the notable culinary accomplishments are listed below. We have also created the concept of an Eatcation™ to help guide you through the Costa Mesa's dynamic food culture.

Rand McNally named Costa Mesa in Best of the Road competition for Best in Food.

Costa Mesa is one of the Best Mid-Sized Cities for Food in the U.S. according to Orange County Register.

Bravo’s “The Feast” features Costa Mesa in Food Scenes on the West Coast (It’s Not Where You Think) recognizing Hana Re, Black Market Bakery and Vaca.

Best Tortilleria's in Southern California include El Toro Bravo and Taco Maria in Costa Mesa according to Gustav Arellano of "Good Food" on KCRW.

Michelin-starred restaurants name in 2019 - Taco Maria and Hana Re sushi - the only two in Orange County.

Din Tai Fung named one of the Top 10 Gourmet Restaurants in the World by New York Times.

Five of the Top 10 Ramen Noodle Spots in Orange County are in Costa Mesa.

Food and Wine Magazine included The Crack Shack in its list of Best Fried Chicken the U.S.